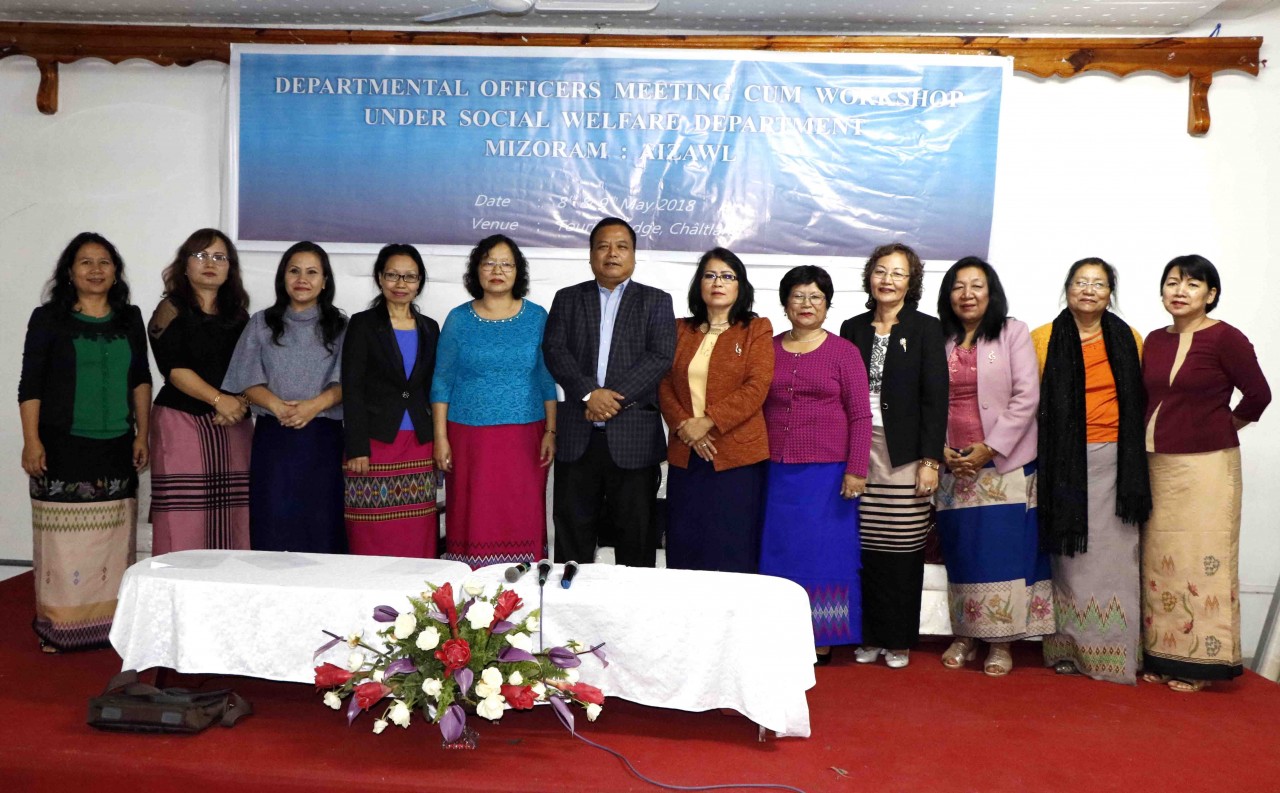 Purpose of Training: To acquaint all functionaries under Umbrella ICDS and Other Social Welfare Officers on the different schemes and Programmes taken up by the department. 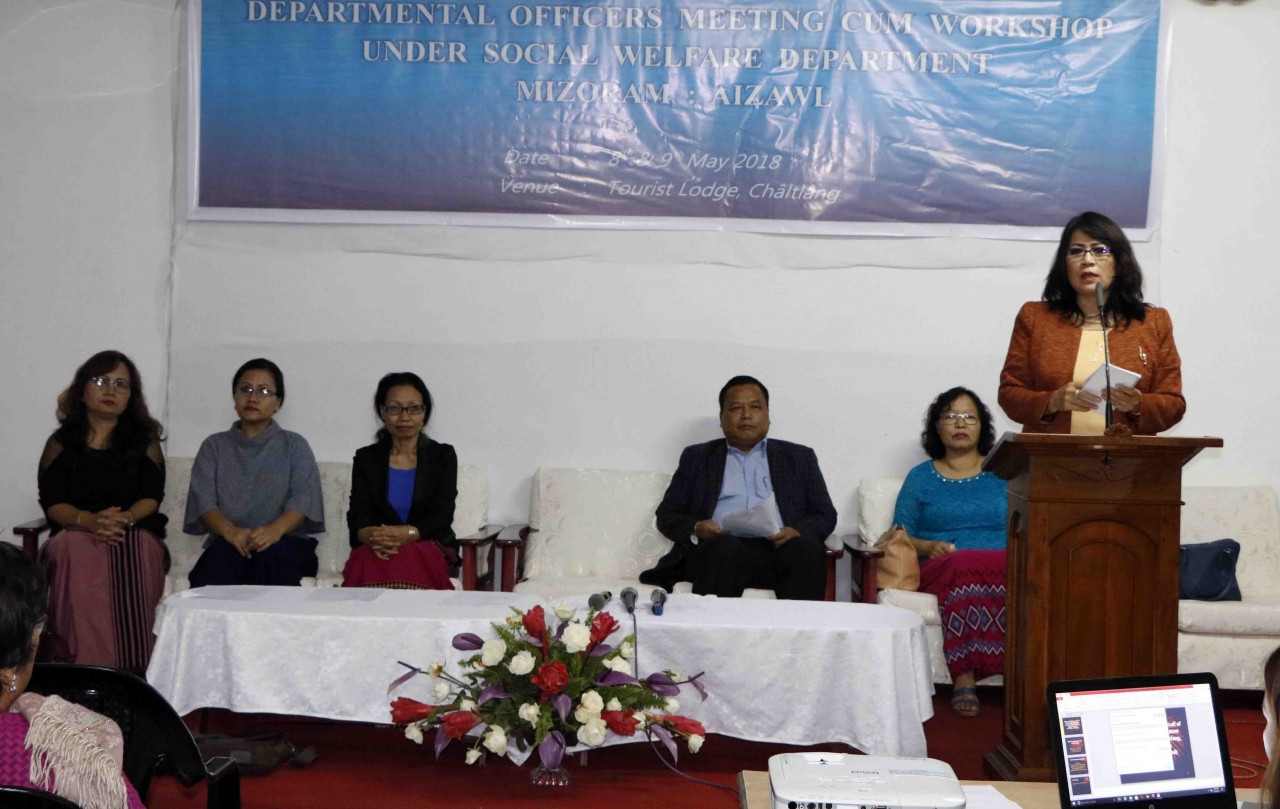 The first session was taken up by the State Programme Co-ordinator, Pi Brenda Lalrindiki, who gave presentation on the Pradhan Mantri Matritva Vandana Yojana (PMMVY) status in Mizoram. 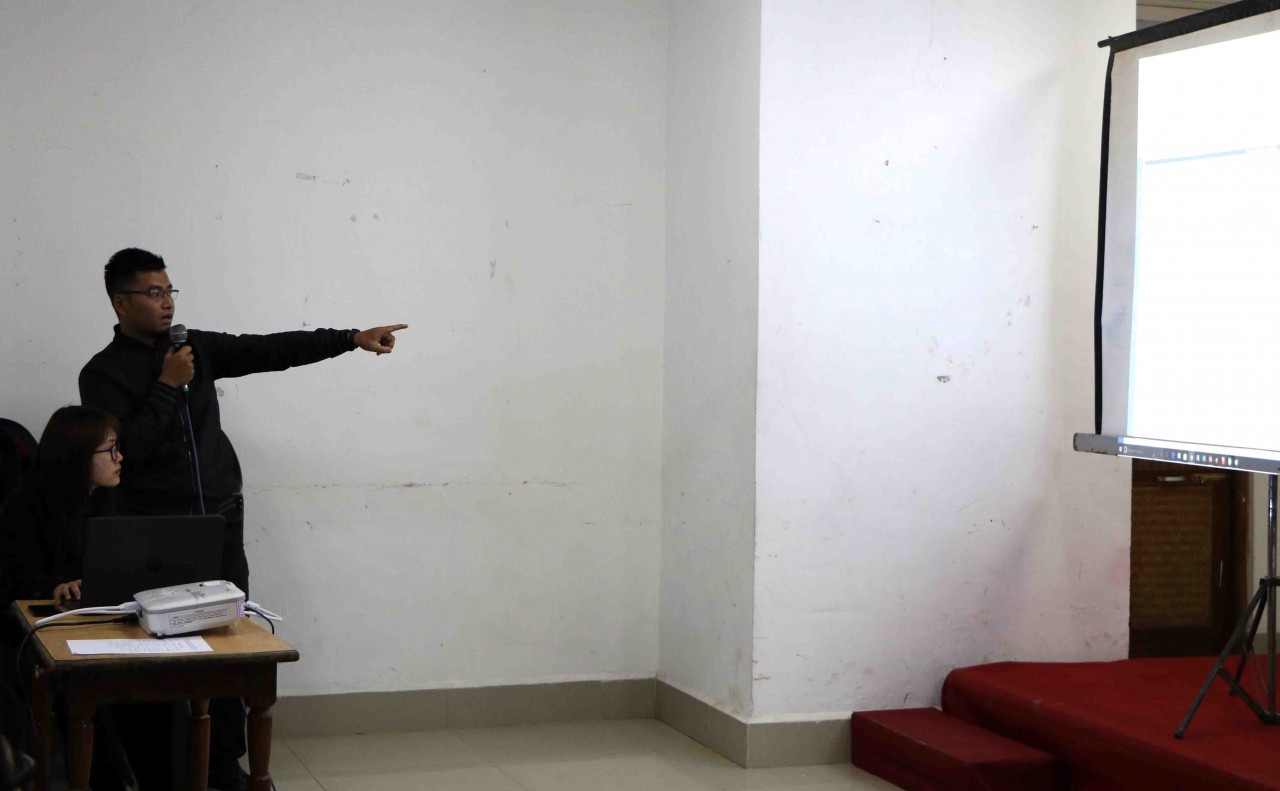 Then Pi Lalrammawii Kawilam, Principal, Anganwadi Training Centre gave an elaborate speech on the types of trainings regularly conducted for Angawadi Workers and Helpers at the Centre. 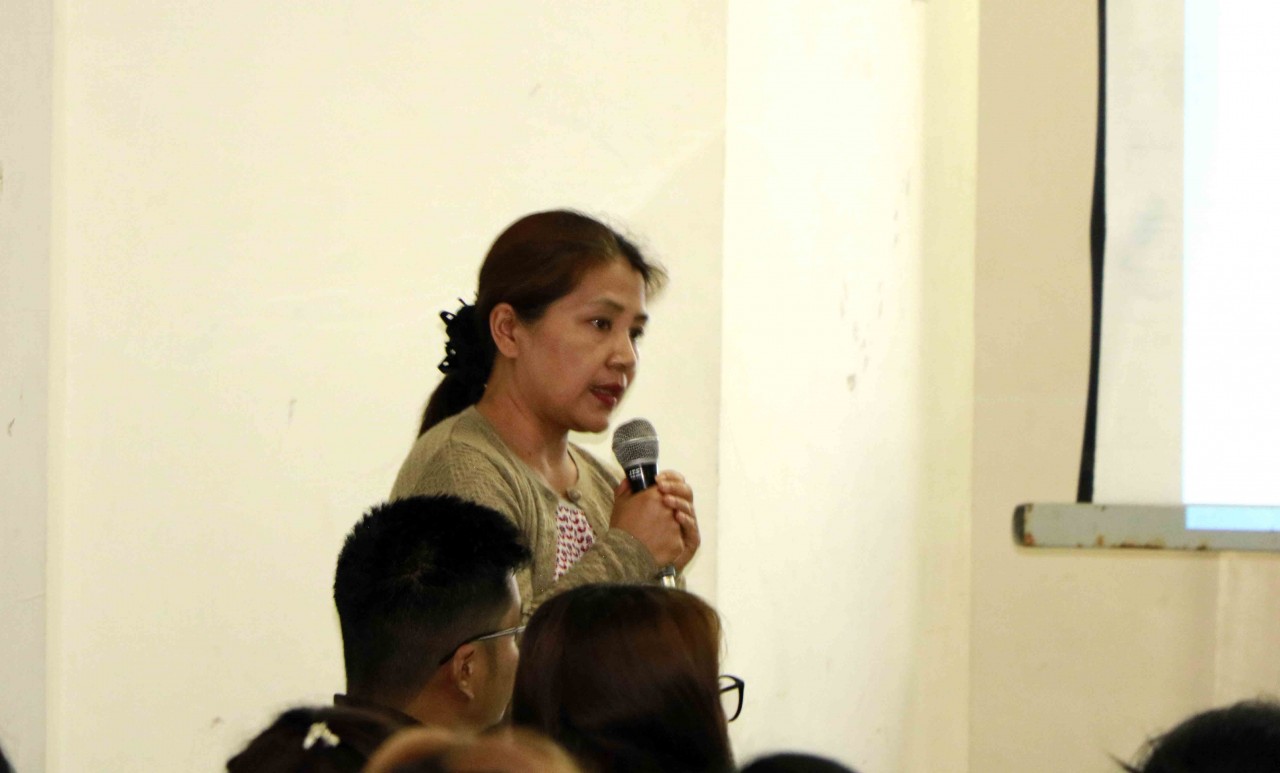 Pi Zoramthangi Chhangte, Deputy Director (ICDS), gave detailed report on Rapid Reporting System (RRS) and explained how to fill the revised monthly MPR. She then went on to speak on Scheme on Adolescent Girls (SAG) which is for girls aged between 11-14 years of age who does not attend school. She continued her presentation with AWC building construction and reported that 2215 AWCs have been constructed out of the 2244 AWCs and also the approval of reconstruction/ upgradation of 600 AWCs. She went on to report on National Crèche Scheme which has been integrated into the Umbrella Scheme and that, there are 262 Crèches in our State. Her last presentation was on Early Childhood Care and Education (ECCE) and highlighted on the adoption of the National ECCE Policy, 2013, its implications and the State’s own contextualized ECCE Curriculum.

The last speaker was Pi Zonunpari Sailo, Special Officer (Nutrition) who presented on the the National Mission- Poshan Abhiyan which was launched on 8th March, 2018. Lawngtlai, Siaha, Aizawl, Champhai and Mamit districts have been selected for the implementation of the Mission and she elaborated on the GeM portal and the devices to be procured for the implementation of the Mission. She further described and showed how to enter details of AWWs, AWHs and SNP beneficiaries on the Ministry’s website and ended with National Social Assistance Scheme (NSAP). 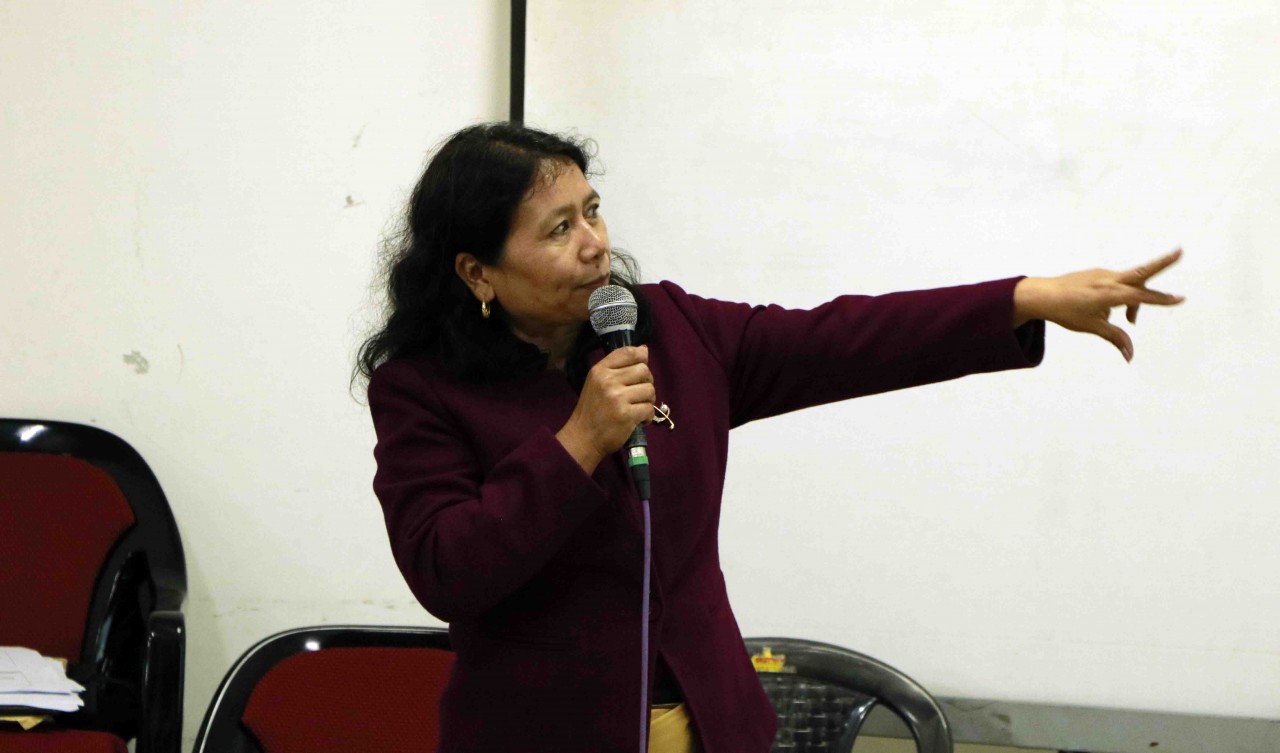 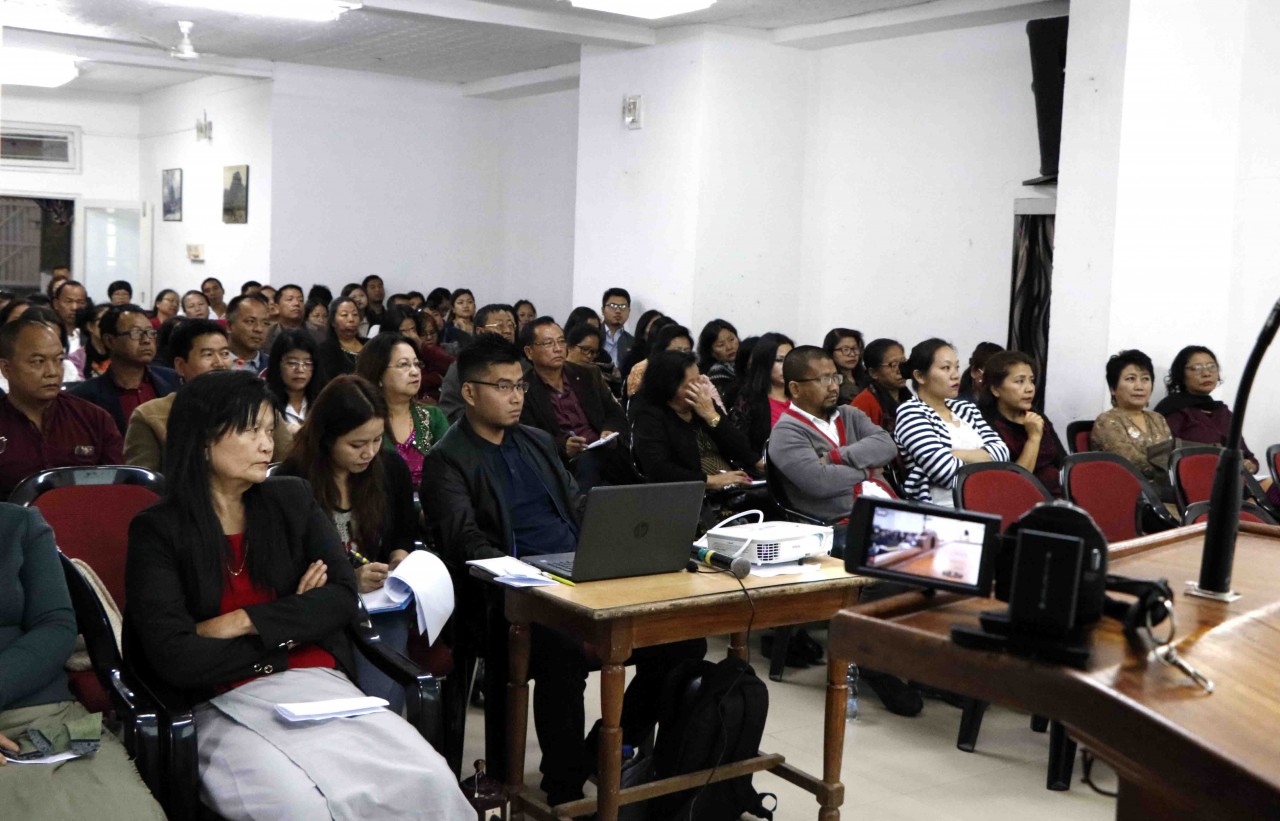 The second day of the training was chaired by Pi A. Vanlalzawni, Joint Director, Social Welfare Department and devotion was held by Pi Lalhruaitluangi Chhangte, CDPO Lungsen. On this day, the training programme was attended by 94 officials of the departments and its subordinate officers. 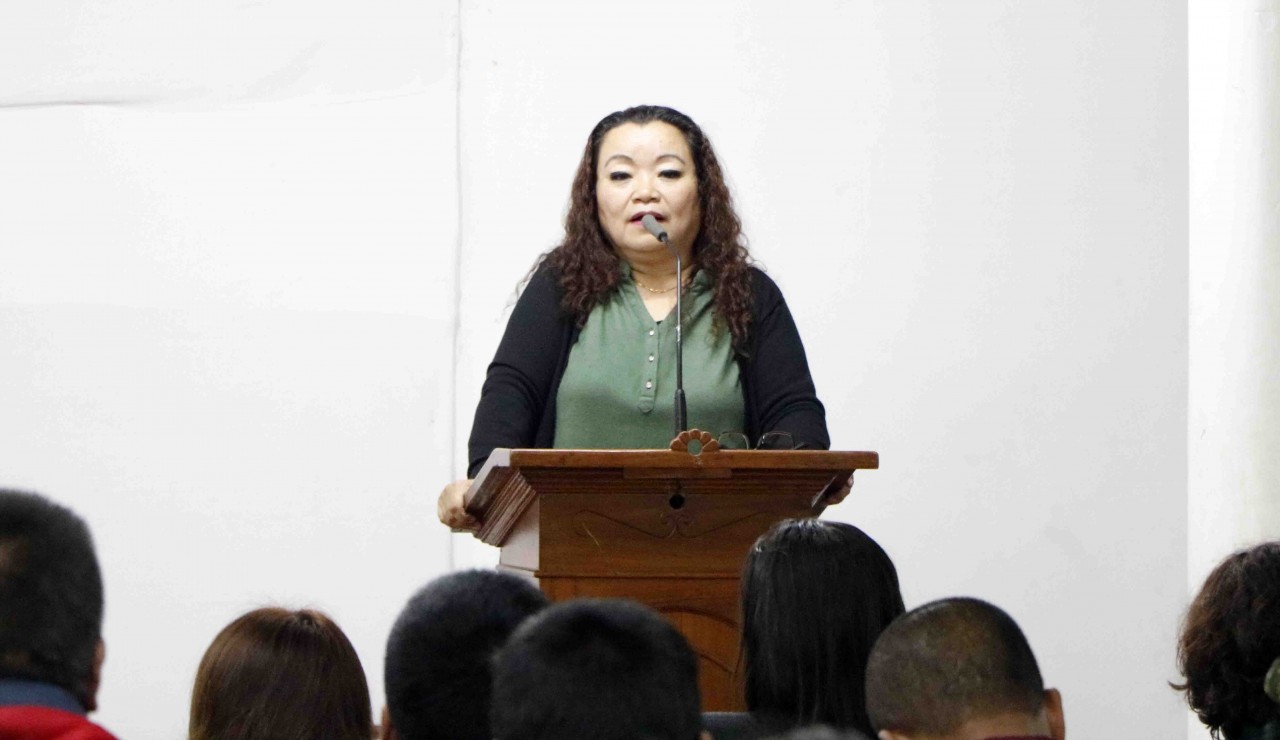 In the morning session, Pi Laldikkimi, Director, Social Welfare Department gave a brief and concise account of all the schemes and programmes taken up by the department. She pointed out that the department has dealings with 5 Central Ministries and went on to give a skillful and knowledgeable presentation on all schemes, sub-schemes and programmes as well as the activities undertaken by the department under these ministries. The presentation took up the whole morning session.

In the afternoon session, Pi Laldikkimi, Director was chaired in the programme and she requested Pi Lalrinpuii, District Programme Officer, Mamit to give a brief report on the activities in the district in relation to its status as an inspirational district. This was followed by Pi Lalnunmawii, Superintendent, Protective Home, who talk on Domestic Violence Act. The Secretary to the Government of Mizoram, Social Welfare Department, Pi K. Vanlalrawni then gave a short speech. She espoused the need to have a sense of duty and responsibility in order to bring about the unity of the department.

Pi Florence, Protocol Officer, Protocol & Hospitality Wing, GAD was invited and she gave a talk on protocol & hospitality concerning visits by the state guests and other official guests. She described the amenities provided to state guests along with the duties and responsibilities of Liaison Officers.

Pi Vanlalchhuangi, MSS Deputy Secretary to the Govt. of Mizoram, Finance Department (EC) outlined the state government machinery, entitlement/ facilities of a Govt. servant, conduct rules including Prohibition of Sexual Harassment and intimation required to be given by a Govt. servant, leave rules, property returns, etc.

The Hon’ble Minister, Pu P.C. _ gave a short speech and said that the programme would prove to be very fruitful for the department. For his 10 yrs service with the department, he commended the officers on their continued coordination and support and encouraged them to advance towards the future to attain greater heights in their achievement. 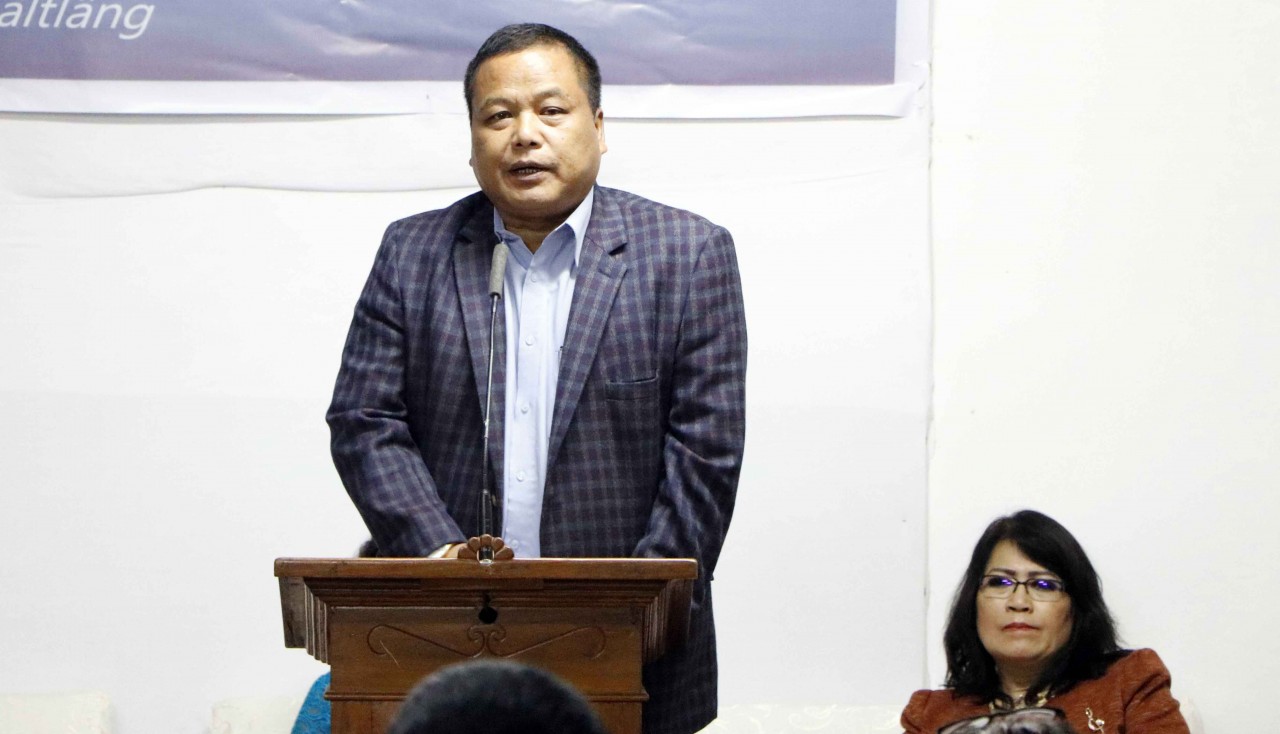 The programme was then concluded with Vote of Thanks by Pi B. Lalhmangaihi, Deputy Director, which was followed by dinner.